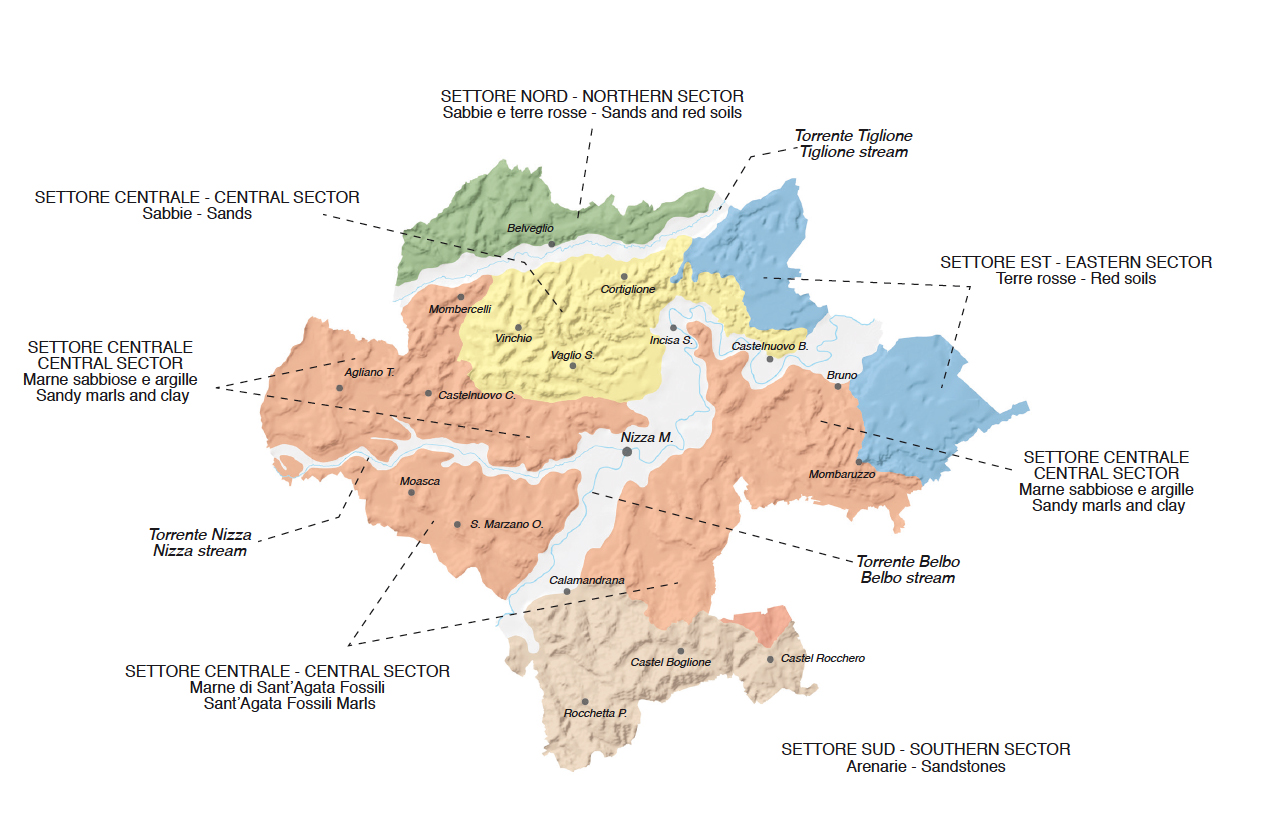 The Nizza is a strong identification of the combining Barbera and the historical territory.

lt wants to be the ambassador of a tradition of men, history and culture.

The Nizza is obtained from 100% Barbera grapes produced in a very high value area that includes 18 municipalities with Nizza Monferrato and its surrounding, of which is also part San Marzano Oliveto.

The production regulations of the Nizza allow a vineyard location from South to South West – South East with a maximum yield of 7t / ha; the Nizza wine must have a minimum alcoholic strength of 13%by vol. , age no less than 18 months, with effect from January1st  after the harvest; and it  must stay at least six months in wood barrels.

The Nizza’s hills are between 150m and 350m above sea level and its land can be divided into 4 sub-zones: sandy soils, sandy-marly soils, loamy-marly soils and sandy-sandstone soils.

From the harvest 2014 the Nizza, a subnomination of the DOCG Barbera D’Asti born in 2000, was elevated to a DOCG denomination of its own with the title “Nizza”.

The production of the NIZZA is limited by a disciplinary with harsh constraints on cultivation and winemaking, but the producers of the Nizza adopted a stricter code, so that the wines presented under the  name of Nizza can have a higher quality standard. In 2002 was in fact founded the “Producers of Nizza” a no profit association in order to protect, enhance and promote the excellence of the NIZZA name.

The Franco Mondo estate, which is part of the Nizza Producers Association, produces the Nizza “Le Rose” since the 2001 harvest and the Nizza Riserva since the 2015 harvest.

The Nizza “Le Rose” was from the beginning and still now is their most important product.